Day 2 started with a great keynote about Windows 8. I have to say I really like the new Metro style. Off course this a matter of personal opinion but as Microsodt explained, the Windows 7 look and feel was born in 1995 and with all the changes in the world we really needed something new. 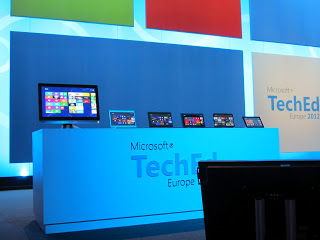 Most of what was told wasn’t new for me. However one thing was and it’s really cool. It’s called Windows to Go. A 32gb usb stick had Windows preinstalled and encrypted with Bitlocker. After plugging this into a Windows 7 machine and a reboot Windows 8 is running and completely functional. You can even use Hyper-V when running Windows to Go.

This was a session I wanted to attend because of the things I heard about System Center. I have never worked with it before but heard a lot of good things about it.

Most sessions where going into specific details on how to use System Center but this session gave a nice overview of what you can accomplish with System Center.

A few key areas where discussed:

System Center can also help in monitoring your app. It can monitor if it’s available so you know of any problems before your users call you. In a demo the speaker showed how System Center monitors your apps performance. When a search query took to long on a website, a report could be checked that showed the problem all the way from the client (by injected JavaScript) to the final SQL query that was the problem.

System Center is definitely something I want to play around with. With the new virtual machine support in Azure it shouldn’t be to hard to setup a test environment.

From Development To Production: Optimizing For Continuous Delivery

This session started off really promising with a slide that warned for a high level session that focused on Azure and the Team Foundation Service to setup a continues integration environment. But after 3/4 of the session the speaker was still bullding the app that needed to be deployed. He was using some nice technologies for it but nothing that wasn’t already discussed in other sessions. I walked out of this session to have a look around the TechExpo and pickup some more goodies and book signings! 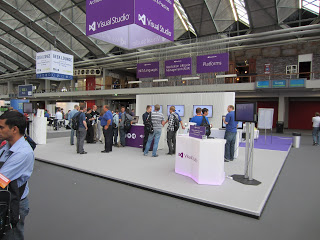 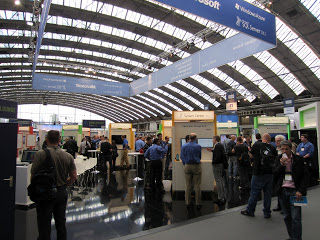 Even during lunch we can attend sessions! I went to to Big Data to get some more inspiration and practical advice.

It was a really nice session! It was hands on and showed some demos of how to use Hadoop on Windows to analyze flight data delays. The Hadoop on Azure service is also a cool product. You can get a preview account now to start playing around with it.

In the session they also showed the integration with .NET and that promises a lot for the feature.

The nice thing about TechEd is the ability to network. After the session I got the contsact information from both the senior developer and the program leader. When I’m home I’m going to checkout the Hadoop on Azure preview!

After lunch I went to a session by Clemens Vaster on the Azure Service Bus. He showed some scenarios where the Service Bus can be used.

The concepts that I would like to try out at the relaying option and the queue mechanism to decouple web and worker roles. With the relaying technology it’s easy to connect a private web service to the cloud in a secure way. The queue mechanism lets you load balance your front and backend separately which is a perfect solution for the cloud.

For me, the session was still a little bit to technical. Maybe when I have some experience with the Service Bus I will watch it again :-)

I didn’t know what to expect from this session but I have to say it was’t a really good choice, Some of the overview concepts where interesting, like how a VSIX package is structured and how to deploy packages internally in your organisation. The rest of the presentation however was a demo of building a strange extension that searched for samples and that mostly consisted of snippets pasted somewhere in the solution. 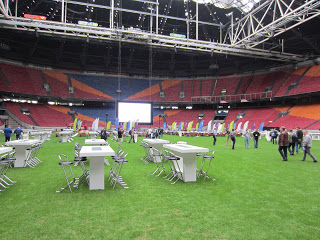 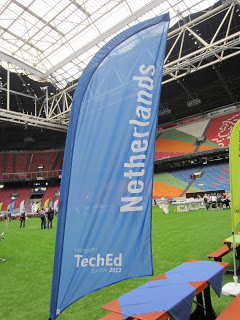 So again a great TechEd day!