Before packaging an extension, I parse the JSON manifest and update the version number. This allows me to set my version at packaging time and then use the same version when deploying to several different environments.

While parsing my manifest file, I suddenly ran into the following error:

Somehow, my code wasn’t able to open manifest file and parse the JSON in it. After reaching out to the product group I found out that this had to do with the encoding of my JSON manifest file. If the encoding is UTF-8, everything works as it’s supposed to do. My manifest had an encoding of UTF-8 BOM. BOM stands for Byte Order Mark. This is a ‘magic string’ that appears at the start of a file to signal to a reader of the file things like encoding and endianness (see Wikipedia for more information). 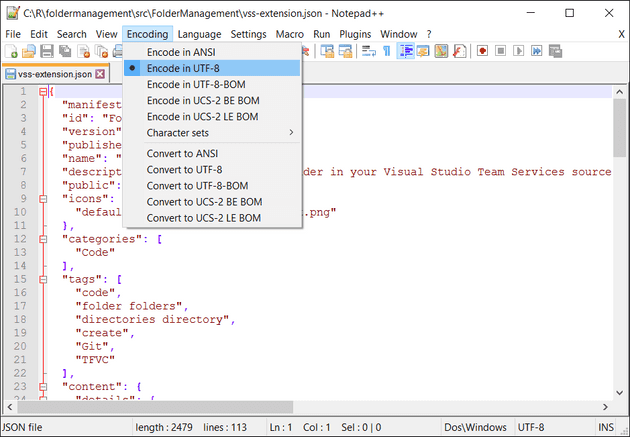 Saving the file as UTF-8 fixed the error.